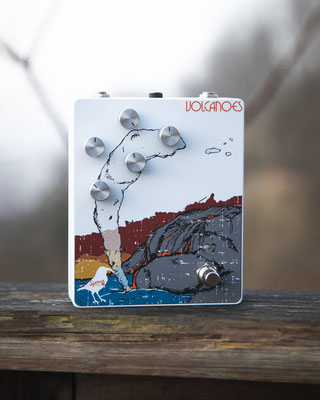 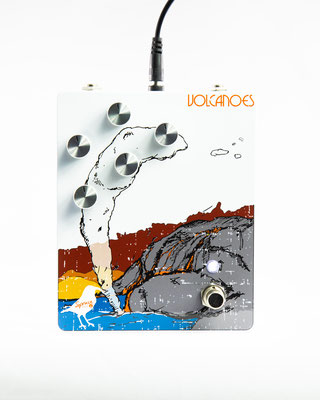 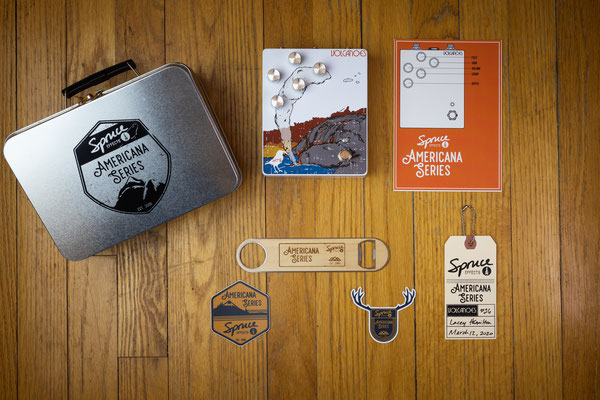 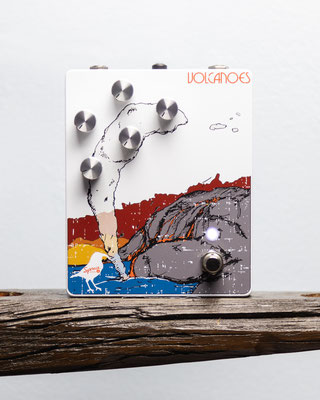 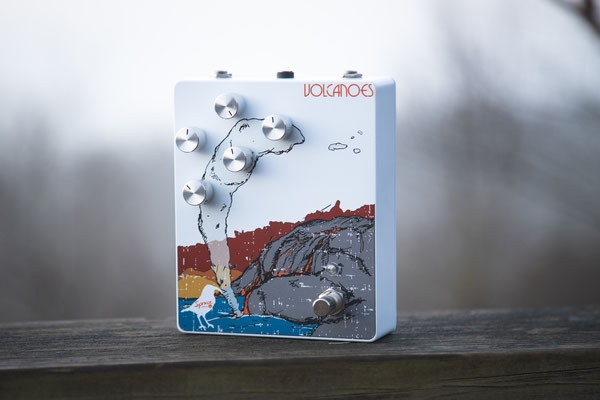 As the western-most National Park in the United States, Volcanoes is the second pedal in The Americana Series. This fuzz is a departure from the smooth and subtle Eastern cousin, Acadia. Although Volcanoes is nasty at heart, the Germanium input gain stage allows for a huge range of cleanup and dynamic low-gain tones.

All controls are incredibly interactive. Great tones are available at any setting, but after spending some time with it, you'll really get things dialed in and find fun extremes and middle ground that work for your tastes and rig!

It is CRITICAL that you use a high quality, isolated and filtered power supplies with The Americana Series. Every modern measure was taken to ensure quiet, recording-worthy noise suppression, but low-quality power and power supplies can inject unwanted noise in these effects and cause compatibility issues.  Even though we've designed them to play nicely on a daisy chain, we don't recommend it.

Returns are not accepted on small batch effects like The Americana Series.